Paige On Career Ending Injury: ‘I Lost All Feeling In My Legs and Arms' - PWPIX.net

Home / Wrestling News / WWE News / Paige On Career Ending Injury: ‘I Lost All Feeling In My Legs and Arms’

Paige On Career Ending Injury: ‘I Lost All Feeling In My Legs and Arms’ 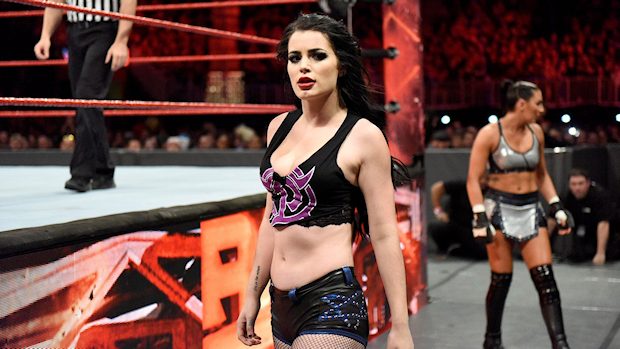 Paige thought she was going to be in a wheelchair after her career-ending injury.

The 25-year-old was forced to announce her retirement from the ring after suffering a neck injury back in December.

Paige underwent surgery following the blow she suffered in a match against Sasha Banks in Uniondale, New York, who kicked her in the back.

She has since been named as the General Manager of SmackDown LIVE, but this week opened up on her crippling setback and how it left her fearing she would never walk again.

Speaking on Edge and Christian’s E&C’s Pod of Awesomeness, Paige said, “When the accident happened in the ring, I lost all feeling in my legs and my arms.

“It was literally the most terrifying experience of my life and I never wish that upon anyone.

“It was so scary. I literally thought, ‘I’m done. I’m going to be in a wheelchair now. This is it. I pushed myself too much.’

“I really did. I feel like I pushed myself too hard to the point where my body was done.”

Fans are always asking her if Paige will ever have one more match. But she is adamant that her wrestling days are definitely over.

Here is video of Paige sustaining the injury and the immediate aftermath.