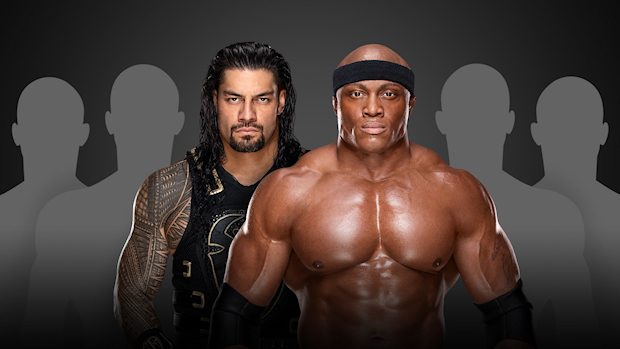 RAW General Manager Kurt Angle announced during tonight’s RAW opening segment that the multi-man match at Extreme Rules to crown a new #1 contender to WWE Universal Champion Brock Lesnar is off, at least for now, due to the “contract and negotiation issues” between WWE, Lesnar and Paul Heyman, which popped up this weekend and may not be just part of the storylines after all.

As noted earlier today, Cathy Kelley announced today via WWE Now video that Lesnar and Heyman “have expressed a lack of confidence in WWE management in finding a suitable opponent” for Lesnar, leading to “issues with contract negotiations” for his next title defense. Cathy also said Heyman’s Facebook post was because “both sides have not only failed to reach an agreement but are completely stalled at this moment.”

Angle teased a possible Lashley vs. Reigns singles match for Extreme Rules but nothing has been confirmed. We should have more on the whole situation later tonight.

On a related note, The B Team’s Curtis Axel and Bo Dallas vs. RAW Tag Team Champions Matt Hardy and Bray Wyatt is now official for Extreme Rules. The only other matches confirmed for Extreme Rules as of this writing are Rusev vs. WWE Champion AJ Styles and Nia Jax vs. RAW Women’s Champion Alexa Bliss.

Due to a contractual snag with #UniversalChampion @BrockLesnar, the multi-man match at #ExtremeRules to determine his next challenger is now "OFF THE TABLE", per #RAW GM @RealKurtAngle. pic.twitter.com/qPJKs6HHni

.@RealKurtAngle announced there will NOT be a multi-man match at #ExtremeRules… pic.twitter.com/f61afvSFbV