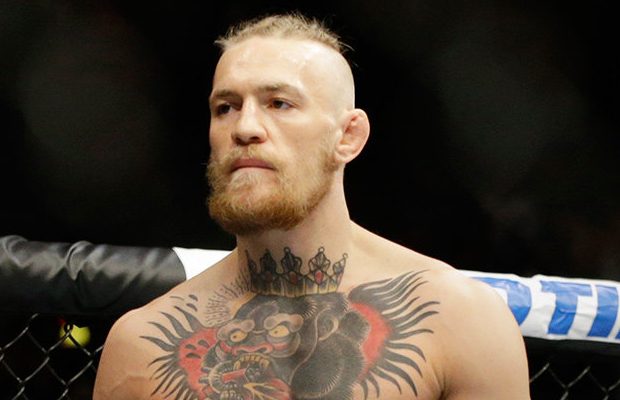 As noted, WWE officials are interested in getting an appearance out of UFC fighter Conor McGregor and Triple H was at Madison Square Garden last week to watch Conor defeat Eddie Alvarez.

Triple H spoke with The Telegraph in the UK and commented on a possible appearance in WWE for Conor:

“He could come over, he’s got it all, man – he’s got the personality, the skills, the talk. He’s an entertainer, for sure. What does he walk around at? 180lbs? I have smaller guys now in the WWE. We have 200lb guys who are stars. You don’t need to be 300lbs any more.”

“But yeah, he could do just as well as Floyd Mayweather when he fought the Big Show. That really worked. Conor could do it for sure.”