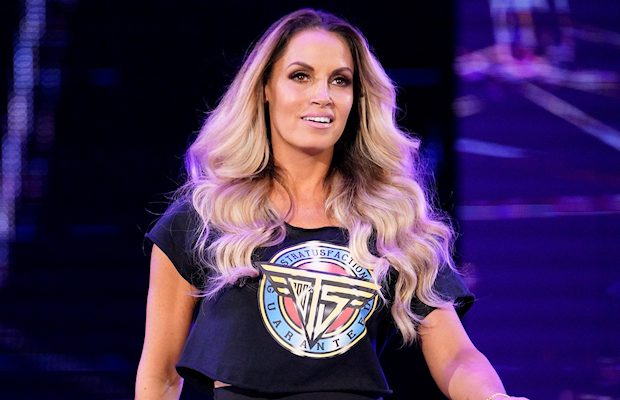 – Coming off the heels of her surprise return on Raw last night, Trish Stratus is backstage at SmackDown LIVE today at the Scotiabank Arena in Toronto, Ontario, Canada, according to PWInsider.

– Nikki and Brie Bella will get back in the ring next Monday night on Raw as they take on The Riott Squad. In this backstage interview with Mike Rome, The Riott Squad look ahead to their match against The Bella Twins.

Via Twitter, Nikki responded to The Riott Squad’s plan to welcome her and Brie to “Monday Night Riott.”