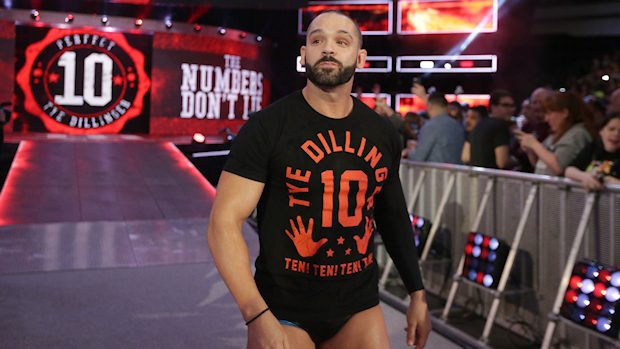 Tye Dillinger has suffered a hand injury and will require surgery, WWE.com reports.

“The Perfect 10” was originally scheduled to challenge Shinsuke Nakamura for the United States Championship tonight on SmackDown LIVE but was forced to withdraw after being injured during last night’s WWE live event in Macon, Georgia.

Reacting to the unfortunate news, Dillinger tweeted the following:

I appreciate the kind words as well as the entertaining skeptics 🙂 Accidents happen and I was hoping it wasn’t serious, but that was wishful thinking. I really wanted tonight’s opportunity for the #USTitle
I require surgery and the timetable is….

2/2….currently unknown. Thank you to the @wwe medical staff for taking quick action. Thank you for the support and I’ll be back soon.

With Dillinger out of action, R-Truth faced off against “The King of Strong Style.” The match ended with Nakamura nailing R-Truth with a barrage of strikes that concluded with a Kinshasa for the win.