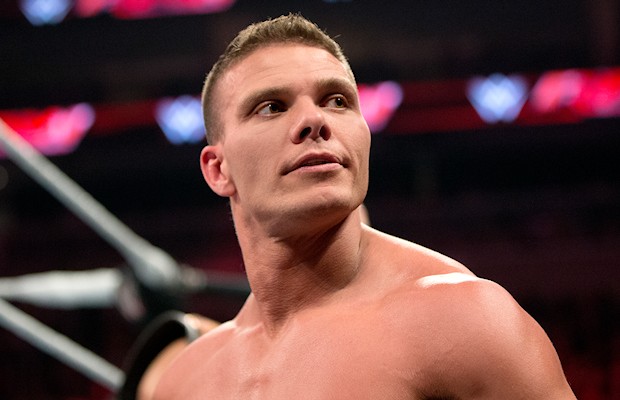 As Tyson Kidd rehabs from a neck/spinal injury that he suffered last June, the former WWE Tag Team Champion may never wrestle again since the company is rumored to be reluctant to clear him.

Just two weeks ago, the legendary Daniel Bryan was forced to retire from in-ring competition since his issues with concussions never got better. Despite receiving medical clearance from several doctors, the most recent concussion test revealed the damage to his brain was more severe than originally thought.

On June 7, WWE announced that Kidd had suffered a severe neck/spinal injury after receiving Samoa Joe’s ‘Muscle Buster’ finishing maneuver during a dark match on Raw six days prior. Several weeks later, Kidd announced that he would be out of action for over a year. Kidd tweeted that only 5% of people survive his injury and that he had 16 staples, 4 screws and a rod inserted in his neck. Discussing the injury, Wrestling Observer Newsletter editor Dave Meltzer said, “It is unbelievable that Tyson Kidd came through as well as he did”, and noted that most people who survive the injury end up quadriplegic.

What good is a recovery if I fumble it?
–@Eminem
Got my bandages off, long road to recovery begins pic.twitter.com/u7GqpgsJu5

“TJ’s injury was so severe compared to mine, he is doing ok. His recovery is a long, long process. We’re just so grateful we’ve had great doctors to work with and TJ is so strong mentally,” she told Reveal Magazine. “He’s been wrestling for twenty years and it is his second injury. To be wrestling for as long as we have and to have so few injuries, it’s pretty shocking for him. He’s taking it really well, and every single day I think he gets physically stronger.”