Kofi Kingston Unable To Wrestle At Event Due To Injury, Today Is Brock Lesnar’s Birthday, The New Day 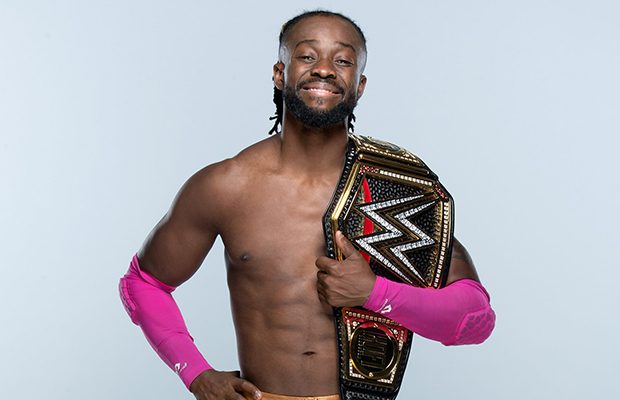 — WWE Champion Kofi Kingston was unable to wrestle on Monday after sustaining a minor back injury during a match against Dolph Ziggler the night before at a WWE SmackDown live event in Binghamton, New York.

Monday’s live event took place in Glen Falls, New York and prior to Big E and Xavier Woods’ tag team match against The B-Team, Kingston said he was unable to wrestle because he’s injured. He did, however, say that he would be ready face Samoa Joe this Sunday at WWE Extreme Rules. Kingston did a backstage interview with Kayla Braxton on SmackDown LIVE the next night, where he vowed to beat Joe at Extreme Rules.

Behind-the-scenes, Kingston is expected to face Joe at Extreme Rules. According to Dave Meltzer in the Wrestling Observer Newsletter, his back injury is believed to be minor and that he only needed a few days off from wrestling. The match is not considered to be in jeopardy.

We had to break out the BEATS for #BrockLesnar’s birthday! @paulheyman

— In the latest edition of WWE Playback, WWE Champion Kofi Kingston, Big E and Xavier Woods revisit their battle for the WWE Tag Team Championship against Tyson Kidd and Cesaro at Extreme Rules 2015.