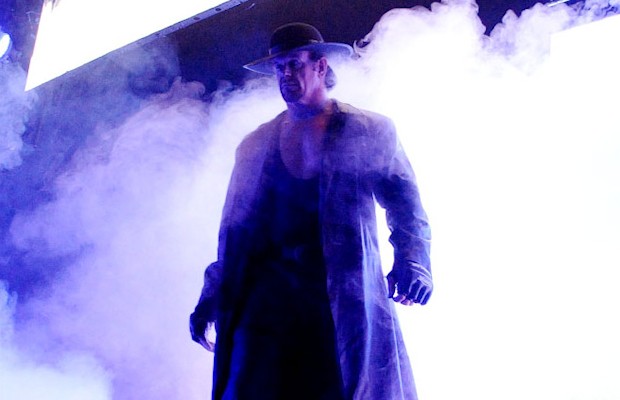 – In the video below, Sasha Banks arrives to AT&T Stadium for WrestleMania 32 and talks about the excitement, and being nervous. She mentions seeing Bayley earlier in the morning and they cried together. Sasha says she’s ready for tears to come out again tonight.

– WWE Intercontinental Champion Kevin Owens arrives to AT&T Stadium for KO-Mania in this video. Owens says he’s not crazy about his face not being on the giant banner on the side of AT&T Stadium but he’ll live.

– While The Undertaker doesn’t appear at the WWE Hall of Fame ceremonies, he was backstage last night in Dallas. Wife Michelle McCool posted this photo with Taker and Vince McMahon:

It's unreal how much love & respect I have for these two guys! #legendary #WM32 #HOF #cowboystadium #herewego #respect