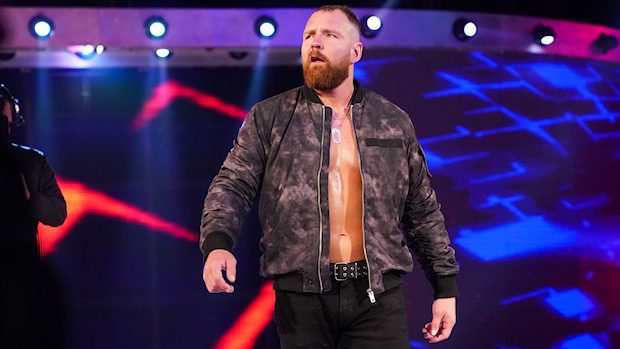 Dean Ambrose didn’t tweet much but it looks like his alter ego Jon Moxley has got the hang of social media.

Just after midnight eastern time on Wednesday, a 90-second video was posted to the seldom-used Twitter account of the former WWE Superstar. In it, a weary Moxley is depicted as stuck in a prison cell, before busting through the brick wall in an escape attempt.

Chased by a dog, he scales the barbed wire-adorned fencing of the prison yard, before ripping down one of those familiar strands. Later in the video, Moxley is shown working out vigorously, while continuing to elude police.

In the end, Moxley motions across his face with his bloody, barbed wire-wrapped hand. It ends with “MOX,” so that may actually be his name going forward.

It’s not clear what the video is building toward or what Moxley plans to do next, but it does look like he plans to continue wrestling. The bio for his Twitter account now reads “Professional.wrestler.”

According to Dave Meltzer in the Wrestling Observer Newsletter, Ambrose plans on returning to the independent wrestling circuit in June, if not later this month.

“He’s supposed to have bookings with a number of different promotions which will be announced shortly,” Meltzer wrote. “The only thing is on the indies he can probably command several thousand per match, do meet and greets for more if he wants, and work as much or as little as he wants to with almost complete control of everything.”

Prior to joining WWE in 2011, Ambrose wrestled as Jon Moxley on the independent circuit. From his wrestling debut in 2004 until 2011, he worked under the name for numerous promotions including Full Impact Pro (FIP), Combat Zone Wrestling (CZW), and Dragon Gate USA (DGUSA).

WWE announced in January that Ambrose was leaving the company since he decided not to renew his contract when it expired in April. According to Meltzer, “They kept throwing more and more money at him to get him to sign, and he kept turning it down to the point they realized he was determined to get out and they couldn’t stop him.”

It’s unclear when exactly his contract expired, but WWE.com moved Ambrose’s profile from the Raw roster to the Alumni section last Thursday. His profile was altered to reflect the change as he is now listed as a “WWE Alumnus.”

Ambrose wrestled his last WWE match on April 21 in Moline, Illinois, where he teamed with Roman Reigns and Universal Champion Seth Rollins to defeat Baron Corbin, Bobby Lashley, and Drew McIntyre. Here is a clip from the match, which was broadcast on the WWE Network in a special called “The Shield’s Final Chapter.”

Ambrose suggested in an interview before the match that he may be taking a break from wrestling for a while.

“Eight years ago, I walked into this casino,” Ambrose told Michael Cole. “Now I’m cashing in my chips and I’m walking away from the table. I won the game. What I do with the rest of my life from here on out is my business. I answer to no one. This time the “Million Dollar Man” didn’t get what he wanted. Because I can’t be bought.”

Meltzer is under the belief that Ambrose will eventually return to WWE, which is why they gave him a strong sendoff.

“I don’t believe they’d do that if they thought he was going to either NJPW or AEW, but his contract is up and he didn’t have to get a release, so he can do whatever he wants, and one would think NJPW and AEW would both be on the table,” Meltzer wrote.

As far as what it would take for him to return to WWE, the belief is that he wants a deal where he’s completely in control of his character and what he can do.