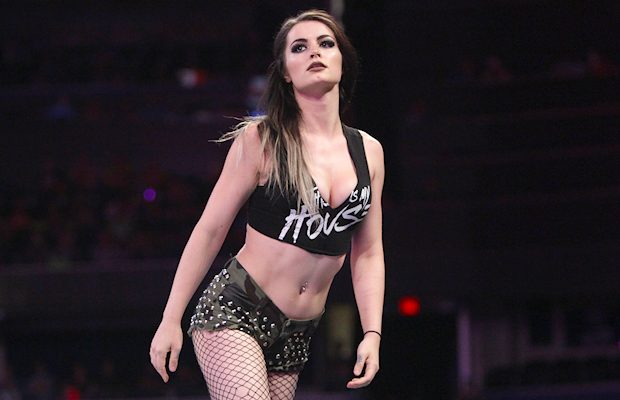 – Paige is backstage at Raw in Miami, Florida, but the word going around, according to PWInsider.com, is that she has not yet been cleared to return to the ring after suffering an injury last week.

Paige got injured last Wednesday during a Six-Woman Tag Team Match when she took a hard kick to the back from Sasha Banks. The match was immediately stopped and she was given medical attention for what is believed to be a stinger.

– On the latest edition of Chasing Glory with Lilian Garcia, former WWE Women’s Champions Michelle McCool, Victoria, Candice Michelle, Gail Kim and Molly Holly react to the announcement of the first-ever Women’s Royal Rumble Match. You can listen to the interview here or on iTunes.