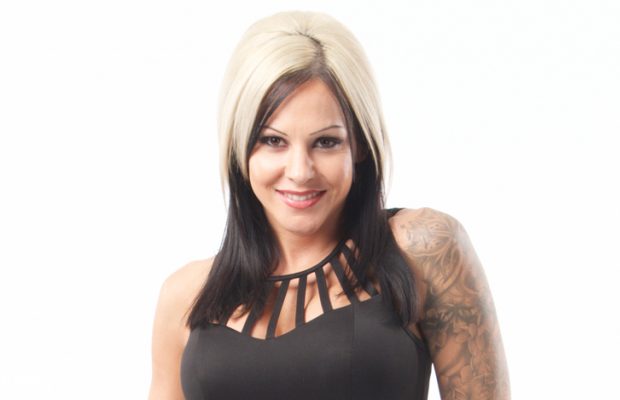 PWInsider.com reported Friday that Velvet Sky would be leaving TNA. Later in the day, the financially-struggling wrestling promotion released a statement confirming that they and Sky had reached a mutual decision not to renew her contract, and that her final appearance with the company was taped at Friday evening’s show.

Sky’s final in-ring appearance with TNA occurred in Orlando earlier today and will broadcast on an upcoming episode of IMPACT WRESTLING seen Tuesday nights at 9/8c on Pop.

“This has been my home for 10 years and, no matter what happens in my future, I will never forget where I’ve come from or the people who have helped me get where I am,” said Sky. “Thank you to everyone at TNA – from talent to production to crew -who has helped me do what I love.”

Sky issued this heartfelt message to fans on Twitter addressing her departure from TNA.

Sky, who competed as Talia Madison on the independent scene before joining the company, first arrived in TNA in 2007. Sky, Angelina Love and Madison Rayne soon formed “The Beautiful People,” a stable of self-obsessed, empty-headed narcissists who according to Wrestling Observer editor Dave Meltzer, were the inspiration behind LayCool — Layla and Michelle McCool — in WWE. When Love took a hiatus from TNA in 2009, they were joined by Lacey Von Erich, with the trio holding the TNA Knockouts Tag Team Championship.

After the stable split, Sky forged out on her own, capturing the TNA Knockouts Championship. She lost the belt and left TNA in 2011, but was back in the company the following year. She captured the belt once more, then reunited with Angelina Love to once again form “The Beautiful People.” Sky parted ways with TNA again in January 2015, but returned for one last run in May. She initially feuded with Love and Rayne, but the trio eventually came back together.