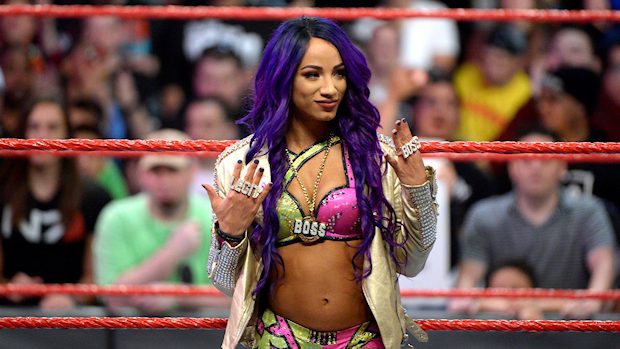 — WWE reportedly had plans for Sasha Banks to compete in the Women’s Money in the Bank Ladder Match.

According to Dave Meltzer in the Wrestling Observer Newsletter, Dana Brooke is replacing Banks in the match since she has not agreed to return after asking to be released from her WWE contract.

After Banks and Bayley dropped the WWE Women’s Tag Team Championships to The IIconics at WrestleMania 35, it was reported that Sasha attempted to quit the company out of frustration that they were not given an opportunity to have a strong run and add prestige to the titles.

To support the notion that she expressed a desire to leave WWE, Banks has not appeared on television since WrestleMania.

As far as why WWE chose Dana to replace Banks in the match, she’s receiving support backstage to have a bigger role. Freelance writer Tom Colohue was told by a WWE source last week that some people backstage want her and Naomi to challenge The IIconics for the WWE Women’s Tag Team Championship.

“It might not happen now but the idea was for Naomi and a partner to challenge the Iiconics for the tag titles first. Bayley and Moon were ideas before the shake up but a few people would love Dana Brooke to have a shot.” #raw

— Ryan Shamrock celebrates a milestone birthday today as the former WWE Superstar turns 40 years old. In this audio clip from Something to Wrestle with Bruce Prichard, Bruce Prichard discusses her brief stint with WWE in 1999.

— Becky Lynch is featured on the promotional poster for WWE Money in the Bank 2019.