Sasha Banks Is Feeling Left Out Of WWE Extreme Rules 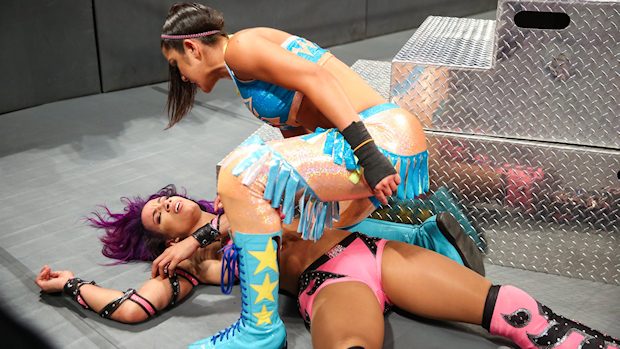 WWE Extreme Rules takes place tonight at PPG Paints Arena in Pittsburgh, Pennsylvania and unless there’s a last-minute announcement, Bayley and Sasha Banks won’t be wrestling on the show despite their highly personal feud.

Sasha seems disappointed on being left out of Extreme Rules as posted the following photo on social media with the hashtag, #ExtremeRules

According to a report by WrestlingNews.co, the word within WWE is that the creative team wants to hold off their match until SummerSlam on August 19.

When Bayley and Sasha do have their match, there is a creative pitch for their past history in NXT to be brought up and their TakeOver match in particular.

On Raw this week, Dr. Shelby enlisted the aid of an associate during Bayley and Sasha’s friendship counseling.