Will The Rock Be At WrestleMania 34? - PWPIX.net

Home / Wrestling News / WWE News / Will The Rock Be At WrestleMania 34?

Will The Rock Be At WrestleMania 34? 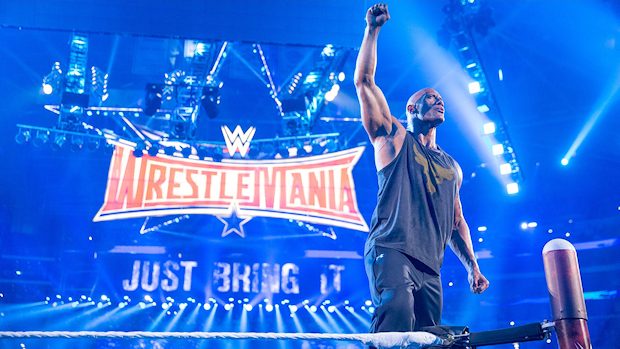 We reported last week that a major WrestleMania 34 segment featuring Dwayne “The Rock” Johnson was canceled by Vince McMahon. There were plans for Elias to deliver a big musical performance, only to be interrupted by Johnson and four former WWE Superstars (Michael “P.S. Hayes, Jeff Jarrett, Jillian Hall and The Honky Tonk Man) with their own songs. McMahon, however, ended up canceling the plan since he couldn’t get Johnson to commit to appearing.

Justin Barrasso of Sports Illustrated is reporting the story in his latest wrestling column, saying that there would have been a musical segment Elias including Jarrett and a few others, with Johnson as the centerpiece. He confirms the segment was scrapped since Johnson couldn’t make a firm commitment to appearing.

Barrasso adds that “unless there were renewed discussions, The Rock is not planned to be a part of WrestleMania.”