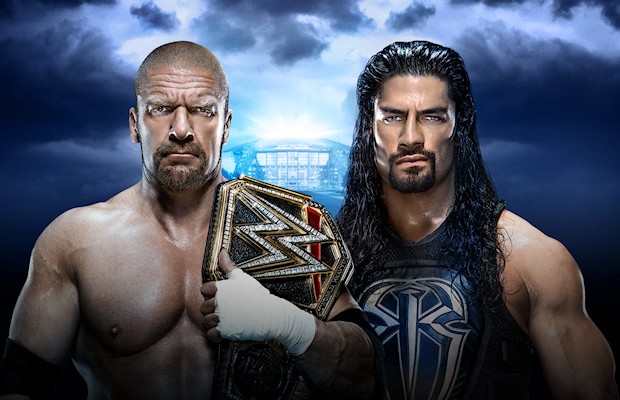 – GuideLive.com spoke with Dolph Ziggler and WWE Divas Champion Charlotte for fitness and nutrition tips to promote WrestleMania. Charlotte commented on working out and going to the gym:

“I have leg day, back, arms. Today was a leg day. I did eight different exercises, then four sets of 15. My least favorite is chest. My favorite is legs. I have really, really broad shoulders and am really muscular up top so I don’t need to bench press that much. I’ve developed the muscles I want to. For me, I go to the gym for maintenance.”

– Below is a new promo for Roman Reigns vs. WWE World Heavyweight Champion Triple H on Sunday: