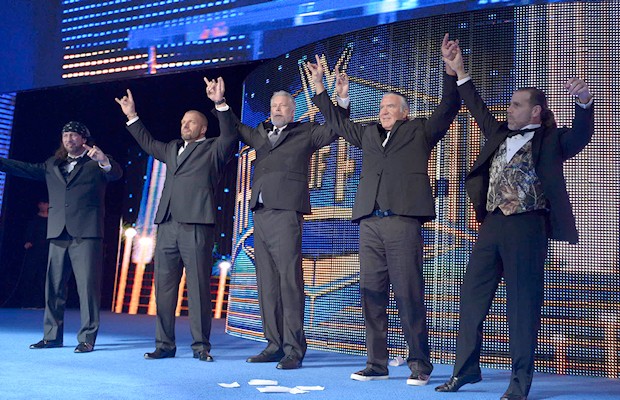 – As noted, WWE will release their “100 Greatest Matches” book next week through DK Publishing. Below is a trailer for the book:

– A new “Beyond The Ring” will premiere on the WWE Network next Thursday at 4pm. It will feature the documentary portion of last year’s “Kliq Rules” DVD and Blu-ray. Below is the synopsis:

“Join Shawn Michaels, Kevin Nash, Scott Hall, X-Pac and Triple H as they reunite The KLIQ, the most notorious group in Sports Entertainment.”

– As noted, WWE Tag Team Champion Kofi Kingston and his wife welcomed their second child this week. WWE revealed that it was a boy and congratulated him with this message:

WWE Tag Team Champion and New Day member Kofi Kingston and his wife gave birth to their second child, a baby boy, on Thursday, introducing Orion Kingsley Sarkodie-Mensah to the world. Join the rest of the WWE Universe in congratulating Kofi and his family on this exciting new chapter in their lives!