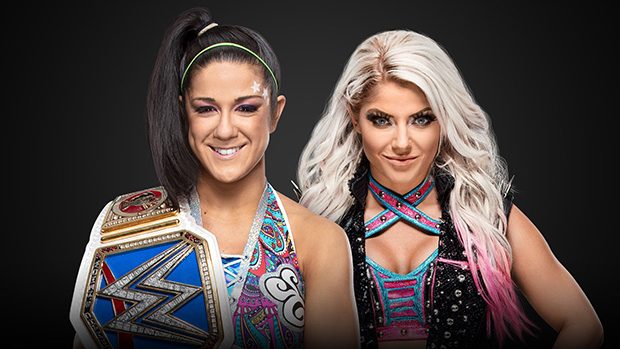 — After Nikki Cross stormed the ring at WWE Stomping Grounds and cost Alexa Bliss the chance to defeat Bayley for the SmackDown Women’s Championship, Bayley and Cross locked up tonight on SmackDown LIVE. If Cross could defeat Bayley, Bliss would receive a title opportunity at WWE Extreme Rules on July 14.

Bliss was not at SmackDown LIVE tonight as she was en route to Japan for WWE’s tour of the country later this week. Cross proved she didn’t need assistance, reversing a pinning attempt by Bayley into one of her own and catching the SmackDown Women’s Champion for the win.

— Before SmackDown LIVE went on the air tonight from the Moda Center in Portland, Oregon, Ali beat Buddy Murphy in a dark match.

Ali tweeted a highlight video of the match, which also shows Ali reacting to his victory backstage.