WWE Has Big Plans For The IIconics, Becky Won't Let Money in the Bank Slip Away, WWE Star Turns 33 - PWPIX.net

WWE Has Big Plans For The IIconics, Becky Won’t Let Money in the Bank Slip Away, WWE Star Turns 33 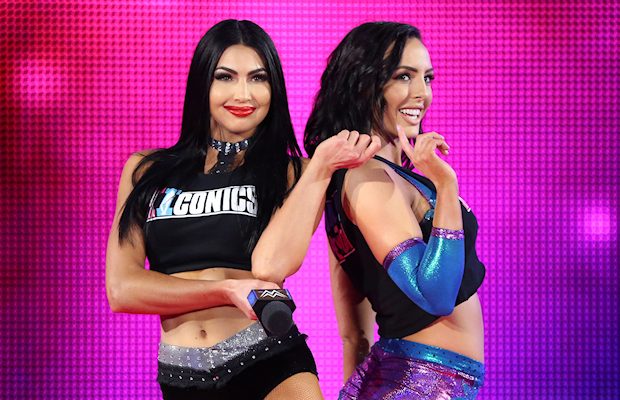 A few weeks ago, WWE released a T-Shirt for Billie Kay and Peyton Royce and according to a source in the company, it’s selling more than management expected.

It’s also said that WWE management has big plans for Kay and Royce. The idea is to turn the Australian duo into the next version of Lay-Cool — Michelle McCool and Layla — or an updated version of the duo.

– After beating Charlotte Flair on this week’s episode of SmackDown LIVE, Becky Lynch says she’s determined to win the Women’s Money in the Bank Ladder Match.

Happy birthday to a Superstar who is always ready to make a statement, @dmcintyrewwe!

.The vicious @DMcIntyreWWE has come a long way since his @WWE debut in 2007… #HappyBirthdayMcIntyre pic.twitter.com/OCPuV5SFoK

Thank you all for the birthday wishes https://t.co/S0Fy8CjDif