WWE's Hell in a Cell Poster Is Very Strange - PWPIX.net

WWE’s Hell in a Cell Poster Is Very Strange 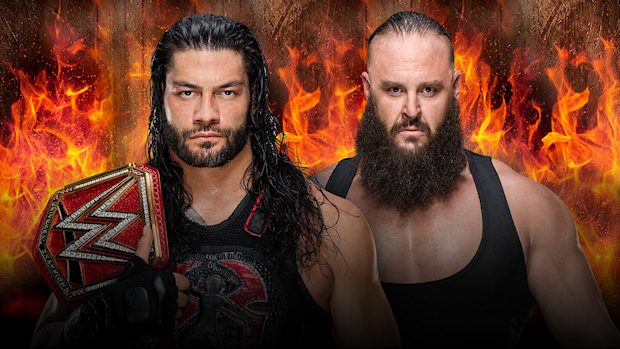 The Universal Championship will be decided inside Hell in a Cell as the recently-crowned titleholder Roman Reigns squares off against Braun Strowman.

WWE has chosen their feud as the focal point for the official Hell in a Cell poster and it’s quite strange, to say the least. Both Reigns and Strowman are portrayed as demons in Hell.

Here is the poster, which was included in an email WWE sent to people on their mailing list.

There was some speculation as to whether this poster is fanmade, but it’s not. WWE.com began using this art today to promote WWE Hell in a Cell.

WWE Hell in a Cell takes place on Sunday, September 16 at the AT&T Center in San Antonio, Texas.