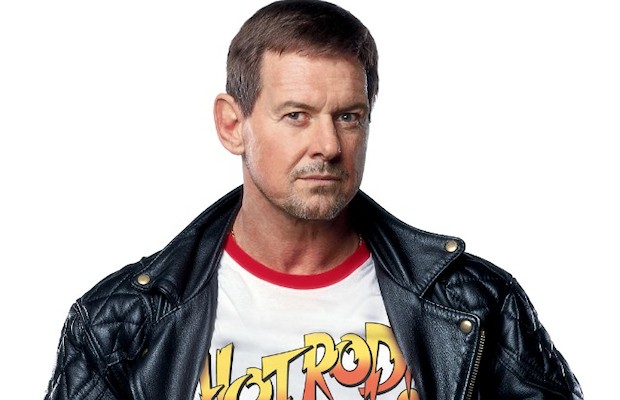 – Many fans have seen the legendary Dog Collar Match between WWE Hall of Famers Greg “The Hammer” Valentine and “Rowdy” Roddy Piper from Starrcade 1983. Valentine will be paying tribute to Piper by having another Dog Collar Match tomorrow night for an indie promotion in Jackson, Mississippi. He will face indie wrestler “Nitro” Phil Monahan. Valentine talked to MLive.com to promote the event and commented on hanging out with Piper in May:

“We were together for four days with rooms right next to each other; it was just like the old days. After spending all day at the convention, we’d go eat and drink some beers and just be together; it was just great. When I got the news he passed, I just stayed in my room the rest of the day and just cried all day. It really took a toll on me. It makes you cherish every day you’re alive and see how important it is to not think about every little thing so much and just enjoy the day.”

– As seen below, WWE has released a new t-shirt for NXT Champion Finn Balor:

– Stern Pinball has their WWE WrestleMania pinball game set up in New York City’s Times Square today. Below are a few photos and as you can see, Cesaro joined in: