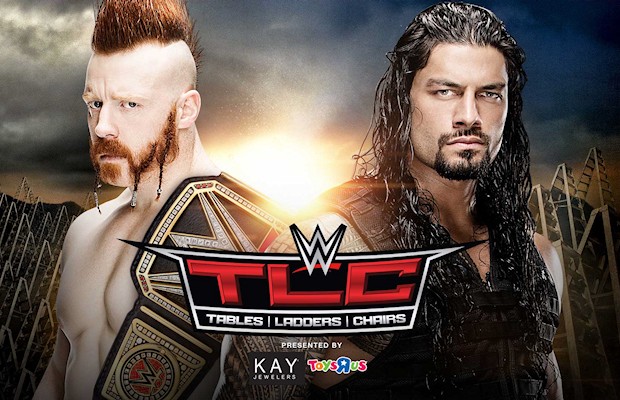 – Lita, Renee Young, Kyle Edwards and Tom Phillips have been announced for the WWE NXT “Takeover: London” pre-show next Wednesday at 2:30pm EST.

“Isn’t it amazing what winning the WWE World Heavyweight Championship does for one’s psyche? Sheamus is certainly living proof, as wearing the title has made him that much more impressive. Despite The Celtic Warrior getting the worst of it in his impromptu Raw brawl against Reigns, the luck of the Irish will be with him at WWE TLC, as he retains his title in what should be a hard-fought TLC Match.”

“Anyone who believes that the recent problems Charlotte has caused Becky Lynch are absent malice probably also believed that Charlotte’s father wouldn’t turn on Sting (repeatedly) in WCW. Becky may be a fun-loving lass, but she’s no fool. I look for Lynch to be a factor in this matchup by thwarting Paige from winning the Divas Championship so she herself could be the one to take the title from Charlotte.”