Home / Wrestling News / WWE News / Is WWE Looking To Split Up The Prime Time Players?, What Happened To Becky Lynch?

Is WWE Looking To Split Up The Prime Time Players?, What Happened To Becky Lynch? 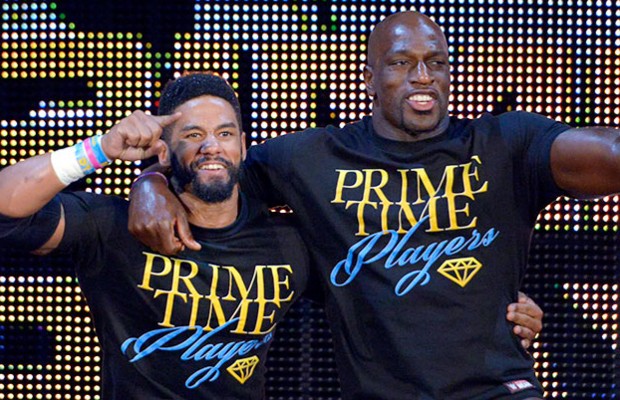 “Going through rough times personally. Keep ya head and never let ’em bring you down. This to shall pass.” Young stated.

While fans have not seen Young on television in recent weeks, he is not off the road. According to PWInsider.com, he was backstage at Survivor Series, but not used. WWE could be looking to split The Prime Time Players. Since Young’s last television appearance, which aired on the Nov. 5 episode of SmackDown, Titus O’Neil has worked four consecutive matches on television without him. A split would likely spell trouble for Young since WWE has never shown interest in pushing him as a singles wrestler.

– After missing last week’s television events to spend time with her family in Ireland, Becky Lynch is backstage at tonight’s Raw at Bridgestone Arena in Nashville, Tennessee. She last appeared on television two weeks on Raw. After beating Paige, Lynch was put in the PTO atop the commentary table as payback. Her storyline absence was explained on SmackDown last week as a commentator said she was ‘incapacitated’ by the move.