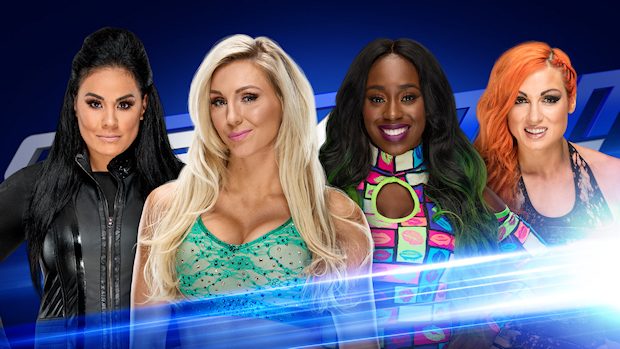 – Charlotte Flair returned to SmackDown LIVE and immediately made an impact when she took on Becky Lynch, Tamina, and Naomi with an opportunity to challenge SmackDown Women’s Champion Natalya for the title at WWE Hell in a Cell.

According to PWInsider.com, WWE had planned for the match to be a Triple Threat Match between Charlotte, Becky, and Naomi. However, a change was made late in the day to include Tamina and make it a Fatal Four-Way Match.

– This Sunday at No Mercy, Alexa Bliss will look to retain her Raw Women’s Championship against incredible odds when “The Goddess” battles Sasha Banks, Nia Jax, Emma and the returning Bayley in a Fatal 5-Way Match.

Interestingly, Emma was the only competitor to not appear on Raw this week. According to PWInsider.com, she stayed a few extra days in Australia to visit with family after last week’s tour of the country.