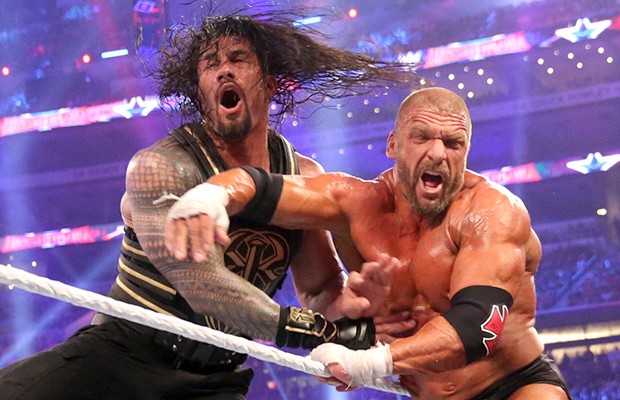 – Michael Weiss opens the WWE post-WrestleMania 32 conference call from company headquarters in Stamford. He hands things over to George Barrios, who touts the success of WrestleMania 32. He announces 1.8 million WWE Network subscribers, a new record, and a 24% increase in domestic subscribers. They are confident about laying a strong foundation future growth.

In regards to free subscribers who convert to paid subscribers, Barrios wouldn’t elaborate. 434,000 subscribers are international and UK is the next biggest market after the United States.

They used the WrestleMania free trial as a way to get new people to sample the content on the Network and see if it’s something they wanted to keep coming back to, and that has been the best way they bring new people in. The strategy worked before so they used it for WrestleMania 32.

They hope to announce expansion plans for the Network in China this year.

In regards to piracy, they have invested a lot into the Network infrastructure and don’t believe piracy is a major problem.

Barrios answered a few more questions and that was it for the call, shorter than usual this year.