WWE Splitting Up The New Day?, Behind The Scenes At Greatest Royal Rumble (Video), The IIconics' Theme - PWPIX.net

WWE Splitting Up The New Day?, Behind The Scenes At Greatest Royal Rumble (Video), The IIconics’ Theme 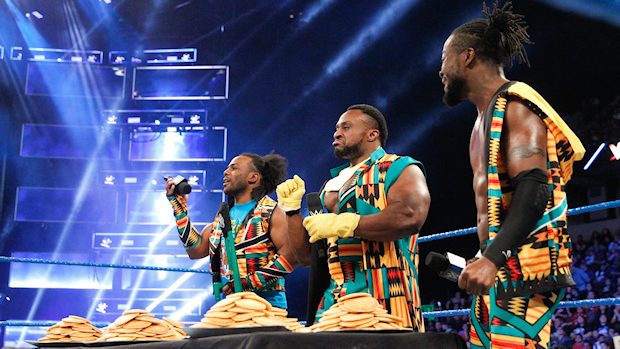 – WWE officials could be breaking up Big E, Kofi Kingston, and Xavier Woods in the near future after a major endorsement deal fell through.

WWE officials wanted to split The New Day during the Superstar Shake-up, with Big E getting a singles push, and Kofi Kingston and Xavier Woods staying together as a tag team to retain The New Day name. The potential deal with Quaker Oats prevented WWE from going through with the breakup.

Another potential factor in the group splitting up is because New Day merchandise is no longer a top seller, with sales considerably cooling off in recent months.

– Take an exclusive behind-the-curtain look at WWE’s Greatest Royal Rumble event and hear from John Cena, Roman Reigns and more as they prepare for the historic event in Jeddah, Saudi Arabia.