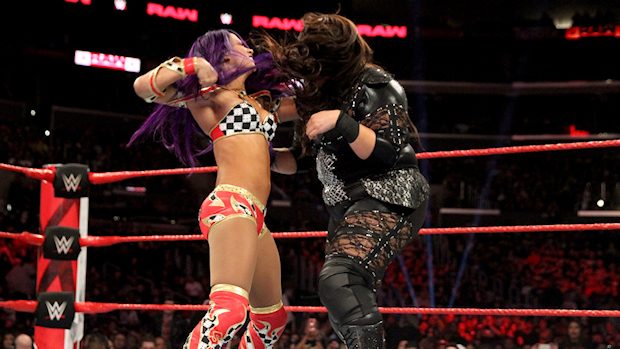 – WWE announced earlier today that an 8-Women Tag Team Match will take place at WWE Starrcade, a special one-hour event streaming at 8 ET/5 PT on WWE Network. Although the competitors weren’t initially named, we now know who they are.

According to WWE, the Women’s Division of Raw will be on full display as Sasha Banks, Bayley, Ember Moon, and Dana Brooke join forces against Nia Jax, Tamina, Alicia Fox, and Mickie James.

– Scott Dawson injured his knee on Raw this week during a match where he teamed up with Dash Wilder against The Lucha House Party. He appeared in pain backstage, but it is seen as nothing serious and he will continue to work.

The Revival lost to The Lucha House Party in Lucha House Rules Match, a tag team bout where Kalisto, Gran Metalik, and Lince Dorado are all eligible to compete.