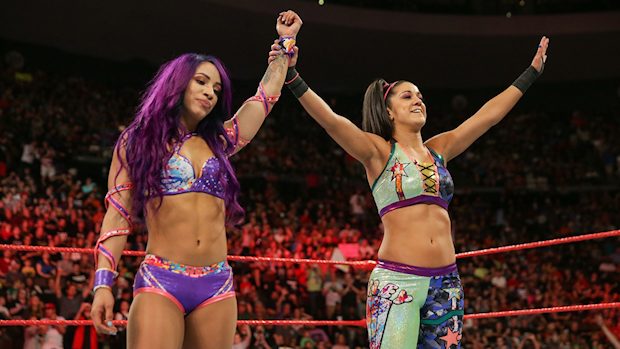 A long-requested championship is coming to WWE in 2019.

During last night’s episode of Raw, Vince McMahon (who was dressed as Santa Claus) announced tandem titles for the women’s division. Details were vague, as McMahon simply said they would be introduced in the new year.

There had been hints that WWE was planning on adding the set of titles. They were mentioned explicitly by Sasha Banks and Bayley last month on Raw during an open forum held by Alexa Bliss. WWE has also planted signs in the crowd requesting the titles.

Here are Twitter reactions to the news from a number of WWE’s female Superstars.

This isn’t the first time the WWE has had women’s tag team titles. The first titles were introduced in 1983, with Velvet McIntyre and Princess Victoria becoming the inaugural champions. The belts were more famously held by The Glamour Girls (Leilani Kai and Judy Martin) and The Jumping Bomb Angels (Noriyo Tateno and Yamazaki), who feuded over the titles. WWE deactivated the championship in 1989.