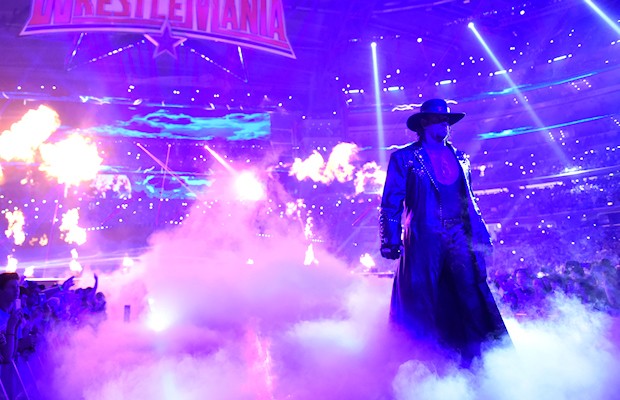 – WWE sent us the following:

Stamford, conn. – April 7, 2016 – In addition to setting a new attendance record of 101,763 fans, which led to the highest-grossing live event in WWE history at $17.3 million, WrestleMania also broke records for digital and social media engagement and merchandise sales.

* WrestleMania 32 was the most social event in WWE history, according to Nielsen Social with 2.5 million mentions on Twitter throughout the day and 1.3 million mentions during the broadcast alone, an increase of 50 percent and 18 percent year-over-year, respectively.

* WrestleMania set data usage records, totaling 8.6TB on the AT&T network. This set a new record for data traffic at AT&T Stadium, an increase of 36 percent over the data traffic during the College Football Playoff National Championship Game in 2015.

* WWE Network subscribers viewed 21.7 million hours during WrestleMania Week or 12 hours per subscriber during the week. This compares to 15 million hours last year, a year-over-year increase of 45 percent.

* WWE generated a record-breaking $4.55 million in WrestleMania merchandise revenue, an increase of 37 percent or $1.2 million, from last year’s previous record at WrestleMania 31.