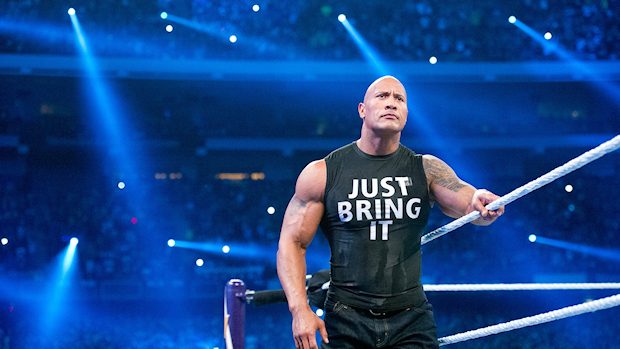 WWE is trying to get Dwayne “The Rock” Johnson to appear at SmackDown 1000, according to Dave Meltzer in this week’s issue of the Wrestling Observer Newsletter.

“I don’t know anything officially, but they are trying to get Dwayne Johnson for the show, given the show was originally named after his catchphrase and in its early incarnations he used to call it “The Rock’s show,” Meltzer wrote.

The historic event takes place on October 16 at Capital One Arena in Washington D.C. An appearance, however, seems unlikely since he will be in London, England filming for Hobbs & Shaw, which is a spin-off of The Fast and the Furious series featuring two characters, Luke Hobbs (Johnson) and Deckard Shaw (Jason Statham), in the lead roles.

Nonetheless, WWE is teasing The Rock appearing at SmackDown 1000. Earlier today, WWE tweeted “10 days to go” until the milestone show and tagged The Rock.

An Evolution reunion with Batista, Triple H, Randy Orton and WWE Hall of Famer Ric Flair, and an appearance by The Undertaker have been announced for SmackDown 1000. Former WWE Superstars Michelle McCool, Torrie Wilson, Vickie Guerrero, and Theodore Long are also confirmed to appear.