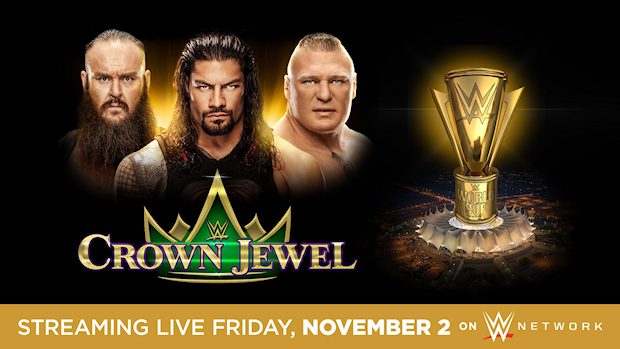 WWE has confirmed their second event in Saudi Arabia for Friday, November 2.

WWE Crown Jewel will take place from Riyadh, Saudi Arabia and will air live on the WWE Network.

The main event of the show has been announced as a Triple Threat for the WWE Universal Title with champion Roman Reigns defending against Brock Lesnar and Braun Strowman.