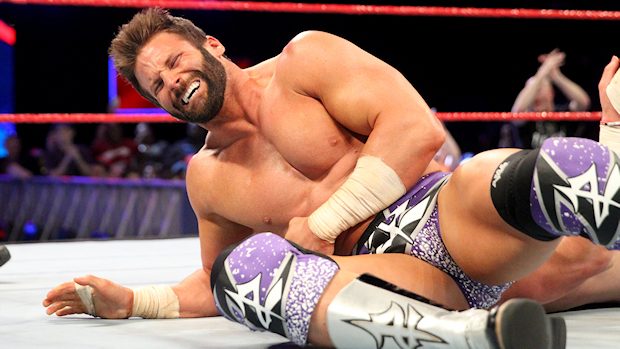 In his first match after being switched to Raw in last week’s Superstar Shake-up, Zack Ryder suffered a knee injury on Monday night.

The former Intercontinental Champion then revealed on Twitter that suffered the injury during a match taped for WWE Main Event, where he faced Mike Kanellis. As of a result of the injury, he is missing this Friday’s Greatest Royal Rumble event in Jeddah, Saudi Arabia since he had to stay in the United States to undergo an MRI in Orlando, Florida.

This pic is from last night b4 my match with @RealMikeBennett on #MainEvent. We treated it like we were wrestling on #Raw. Unfortunately, I suffered a knee injury. While the rest of the roster is flying to Saudi Arabia 2day for #WWEGRR, I’m flying back to Orlando to get a MRI. pic.twitter.com/YkW1fwOElR

Got some good news this morning…MCL/ACL/Calf muscle strains…nothing completely torn…no surgery will be needed. Thanks to everyone who reached out. It’s time for #Raw to get #Zacked!

Ryder was out of action for seven months after suffering a knee injury during a battle royal on SmackDown LIVE in December 2016. It’s unclear at this time if he injured the same knee.

Get HYPED because the #HypeBros @MojoRawleyWWE and @ZackRyder are the NEW No. 1 Contenders for the #SDLive Tag Team Championships! pic.twitter.com/SSu156H8KT

Ryder beat Kanellis in Monday’s match, which will air this week on Hulu and in about two weeks on the WWE Network. A tag team match pitting The Revival against Heath Slater and Rhyno was also taped for the show.