Why Alberto Del Rio and Paige's Relationship May Not Last - PWPIX.net

Why Alberto Del Rio and Paige’s Relationship May Not Last 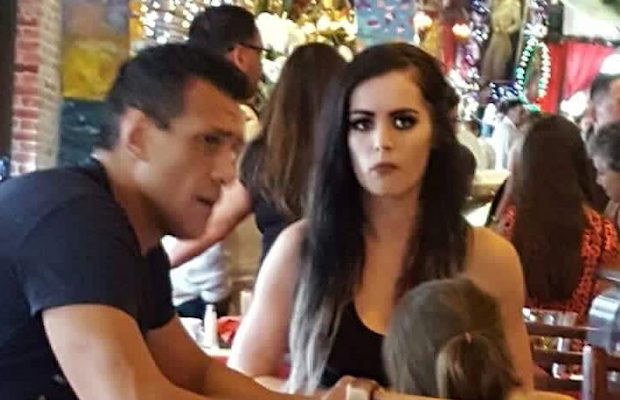 While Alberto Del Rio and Paige look to be having a lot of fun together these days, it may not last.

Paige was once engaged to musician Kevin Skaff, a guitarist for the rock band A Day To Remember. She broke things off with him in late 2015, citing her history of not being good at having a serious relationships. The Norwich, England native’s hesitance at remaining in a long-term, committed relationship was quite evident in her explanation of their breakup to a friend.

“I was just like, ‘Yeah, I don’t know, I just didn’t feel like I wanted a relationship right now,'” Paige told her friend Danielle on Total Divas. “But I told him right from the start, I’m not very good at relationships. It’s not as if I’ll cheat on you, but I get freaked out quick and I wanna leave.”

Paige said that she broke the news to Skaff on the eve of their first anniversary together. The episode of Total Divas where they broke up was filmed months in advance, but the WWE Superstar wouldn’t tell exactly what happened.

Paige said she wanted to make her relationship with Skaff work, but felt it wasn’t the right time for her.

“I’m really sad it didn’t work out with Kevin and I because I really did want it to work,” Paige said. “I really loved Kevin, I loved spending time with him. Even though I felt terrible and guilty, it’s just … it’s for the best.”

Despite her dating history, Paige feels Del Rio is “the one.”

She tweeted this movie quote to him in July:

I guarantee that we’ll have tough times. I guarantee that sooner or later one, or both of us will want to get out. But I also guarantee that if I dont ask you to be mine, I’ll regret it for the rest of my life.. because I know in my heart you’re the only one for me.