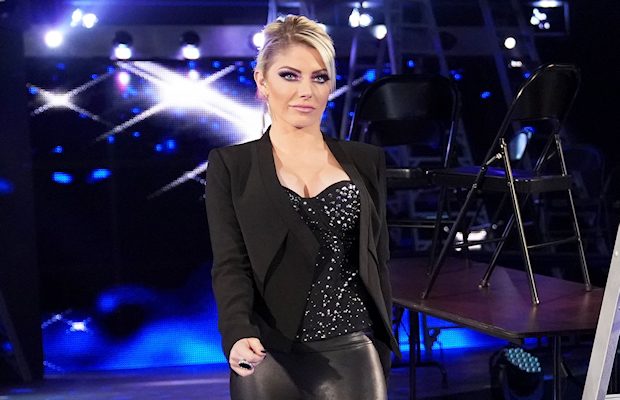 The Raw Superstar took to social media last night to let fans know that she’s ill (apparently with the flu).

Bliss may have gotten sick at Raw. We heard there’s a cold/flu virus going around with the Raw crew as several performers were working under the weather on Monday.

** What is Jeff Jarrett looking forward to at WWE TLC?

In this backstage interview with Mike  last night at SmackDown LIVE in Las Vegas, Nevada, the WWE Hall of Famer reveals the two matches he’s most looking forward to seeing.

** Here are the top 10 moments from SmackDown LIVE.