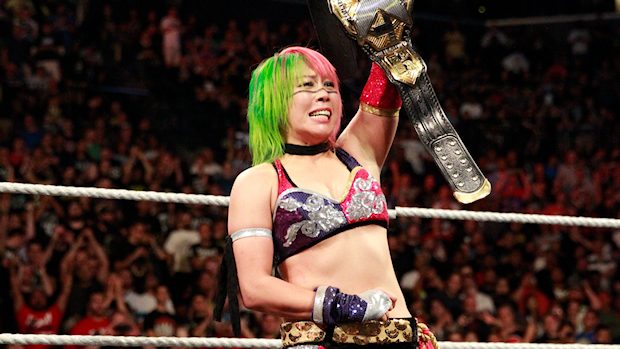 – Below is video of WWE NXT Women’s Champion Asuka talking to Christy St. Cloud, Kayla Braxton and a Japanese reporter after her win over Ember Moon at “Takeover: Brooklyn III” last night. The undefeated champion says Ember is strong but Asuka is better than her, and at no point did she think Ember was going to win the match. She also answers a question in Japanese and when asked what’s next for her in NXT, Asuka says she doesn’t know but she will continue to be champion.

– NXT’s Nick Miller of TM-61 turns 32 years old today. Miller has worked singles matches at recent NXT live events with partner Shane Thorne in his corner. TM-61 will be back in tag team action once Thorne recovers from knee surgery he had in late 2016, which should be in the next 1-2 months.

– There is no tension between SAnitY members Eric Young and Killian Dain after EY took Dain’s place in last night’s title match with The Authors of Pain at Takeover. Dain tweeted the following on Young and Alexander Wolfe capturing the NXT Tag Team Titles: