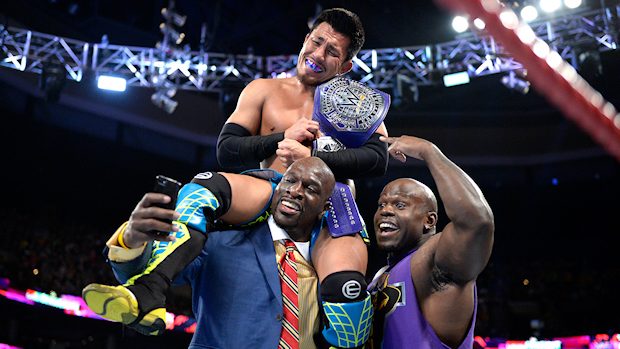 Following Akira Tozawa’s victory over Neville on Monday Night Raw to capture the WWE Cruiserweight Championship, “The King of the Cruiserweights” will get his opportunity to reclaim his crown tonight at SummerSlam Kickoff.

Behind the scenes, the decision to have Tozawa beat Neville for the WWE Cruiserweight Championship was apparently a last minute one. Dave Meltzer noted on Wrestling Observer Radio on Friday that the decision was made a few hours before Raw.

Speaking of Tozawa, both him and Titus O’Neil selected this past week’s episode of 205 Live as their WWE Network Pick of the Week because it had a Titus Worldwide championship celebration in honor of their big win.