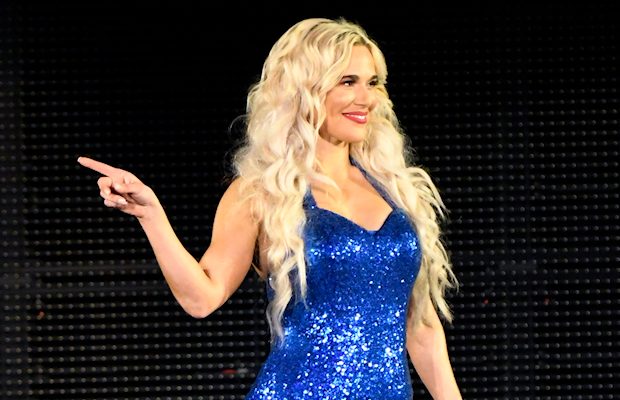 – Lana is supposed to be a heel now that she has made her arrival on WWE SmackDown but The Wrestling Observer Newsletter notes that it’s almost guaranteed she will be a babyface with the gimmick she’s being given. It was noted that Lana is basically working in the role that was slotted for Eva Marie. Eva is now focusing on her acting career and won’t be returning to work for WWE.

As noted, Lana vs. SmackDown Women’s Champion Naomi with the title on the line will take place at the June 18th WWE Money In the Bank pay-per-view. Unless she wrestles next Tuesday night, the title shot at MITB would be Lana’s in-ring SmackDown TV debut.

– Regarding Samoa Joe vs. WWE Universal Champion Brock Lesnar, their upcoming title match is scheduled to be a one-time thing. Joe vs. Lesnar is set to headline the WWE Great Balls of Fire pay-per-view on July 9th. The two will face off for the first time on Monday’s RAW from the Cajundome in Lafayette, LA.

The Observer notes that Lesnar is then scheduled to face Braun Strowman at SummerSlam in August. WWE officials are still planning on Roman Reigns vs. Lesnar for the title at WrestleMania 34 but there are plans to do Finn Balor vs. Lesnar and Seth Rollins vs. Lesnar matches between Braun and Reigns.