Backstage News On Who Might Join Adam Cole's Group, The Undisputed Era - PWPIX.net

Backstage News On Who Might Join Adam Cole’s Group, The Undisputed Era 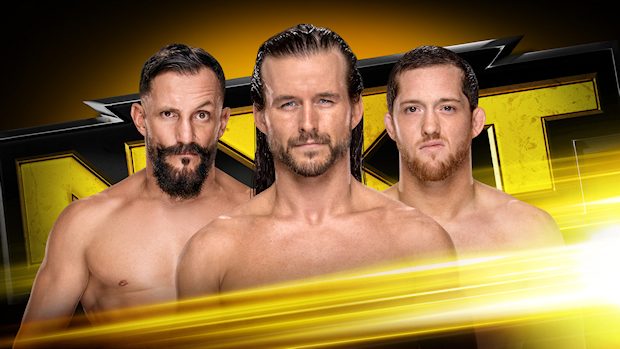 Following their ambush, Bate and Seven demanded a match against Fish and O’Reilly.

Behind the scenes, there have discussions of adding new signee Donovan Dijak to Cole’s group, which WWE is now referring to as The Undisputed Era.

There is talk of adding Dijak to The Undisputed Era as their heavy and eventually turning on Cole. However, there is concern about how much bigger he is than Cole, O’Reilly, and Fish, thus making them look small. Cole is the tallest member of the group, and he’s billed at 5-foot-11. Dijak is six-foot-7 and 265 pounds.

Getting the group together took much longer than envisioned due to WWE’s attorneys advising that they wait to sign them to ward off potential tampering charges. WWE pulled contract offers from all four wrestlers after legal threats from Ring of Honor back in January.

WWE announced the signing of Dijak last week, noting his arrival to the Performance Center.

Dijak, 30, was a small college football and basketball star at Division III Bridgewater State College, who because of his tremendous size and agility, was quickly picked up by ROH and won their Top Prospect tournament.

After getting WWE offers, he opted not to sign a new ROH deal in February, and his wrestling career went on hold until recently.