Backstage News On Naomi's Injury and WWE Status - Will She Compete At WrestleMania? - PWPIX.net

Home / Features / Backstage News On Naomi’s Injury and WWE Status – Will She Compete At WrestleMania?

Backstage News On Naomi’s Injury and WWE Status – Will She Compete At WrestleMania? 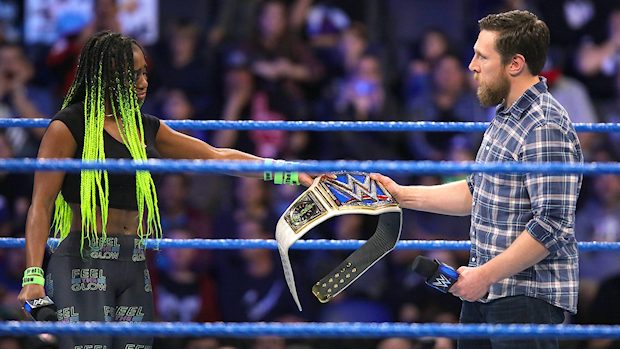 Due to her unfortunate knee injury, Naomi was forced to relinquish her SmackDown Women’s Championship to SmackDown LIVE General Manager Daniel Bryan last Tuesday because it was established that she would be unable to defend her title in the allotted 30-day period.

Before Naomi could even exit the ring, former titleholder Alexa Bliss emerged to demand that she be re-awarded the title right then and there. Bryan, however, opted to give her the opportunity to win the championship in an impromptu match against long-standing adversary Becky Lynch.

In this impromptu SmackDown Women’s Championship Match, both Superstars were relentless in their pursuit of closing the deal, but in the end, it was Bliss who struck Lynch in the throat and then grabbed the tights on a roll-up without the referee noticing to pick up the victory.

Naomi sprained her left knee while performing the split-legged moonsault on Bliss at Elimination Chamber to secure the victory and SmackDown Women’s Championship.

WWE officials thought Naomi would be able to return to action this week, but the injury was more serious than expected. It was described to be as not exactly the same as the one Seth Rollins had, but similar.

While her recovery won’t be long, it could be anywhere from three weeks to two months before she receives medical clearance to wrestle again.

The chances of the Florida native competing at WrestleMania aren’t impossible, but WWE officials didn’t want to risk it and thus made the decision to get the title off her.