Bray Wyatt Tweets Matt Hardy About Report That He'll Turn On Him - PWPIX.net 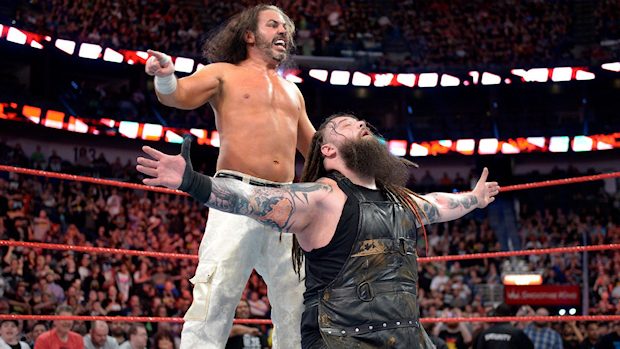 This week on Raw, Bray Wyatt and Matt Hardy put their newfound alliance to the test against Apollo and Titus O’Neil in the first step toward possibly facing Cesaro and Sheamus for the vacant Raw Tag Team Championship at the Greatest Royal Rumble.

It’s quite possible that their alliance will be short-lived as according to Dave Meltzer in the latest issue of the Wrestling Observer Newsletter, there is a pitch for Wyatt to turn on Hardy and become the leader of SAnitY.

Wyatt addressed the report in a tweet on Saturday afternoon, tagging both Hardy and Meltzer.

Who is this oracle @davemeltzerWON ???

And why does speak so poorly of me?

My allegiance to #HouseHardy is true

I know, My COMPEER..

We are DESTINED to change the Plane identified as WWE FOREVAH.. TOGETHER.

Our INGENIOUS INSANITY shall IGNITE the INDUSTRY once AGEEN. https://t.co/1ipyxr0CWI

At WrestleMania 34, Wyatt returned from “deletion” to help Hardy win the 2018 Andre the Giant Memorial Battle Royal. The two hugged afterward before celebrating Hardy’s win, thus ending their rivalry, forming a team, and turning Wyatt into a fan favorite. The next night on Raw, Wyatt and Hardy beat Apollo and O’Neil to advance in the Tag Team Eliminator. This coming Monday night on Raw, Wyatt and Hardy will take on The Revival for the right to challenge The Bar at the Greatest Royal Rumble on April 27.

SAnitY doesn’t appear long for NXT as only Killian Dain worked a TV match at Wednesday’s television tapings in Orlando, Florida. After the tapings concluded, there was a dark match where NXT Champion Aleister Black beat Eric Young. Black then took out Dain and Alexander Wolfe.