Home / Wrestling News / WWE News / The Velveteen Dream Being Considered For The Main Roster?, WWE Looks At The Superstar Shake-up

The Velveteen Dream Being Considered For The Main Roster?, WWE Looks At The Superstar Shake-up 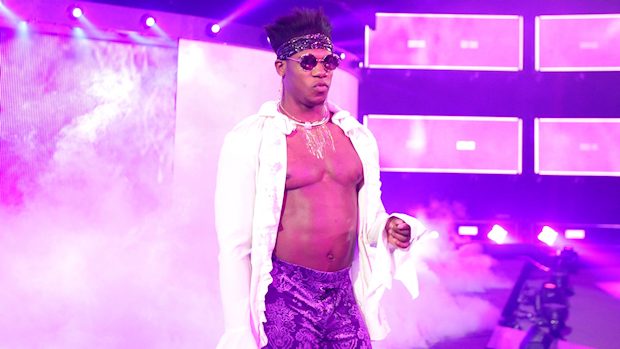 “This may not happen, but the name that has been mentioned to me by a few people that they are debating bringing up imminently is Velveteen Dream. There are differing schools of thought on it,” Meltzer wrote.

While Dream is only 22 years old, he has been in NXT since 2015 and wrestling since 2014. Last Saturday, he competed in the NXT North American Championship Six-Man Ladder Match won by Adam Cole.

– With the Superstar Shake-Up taking place next week on Raw and SmackDown LIVE, WWE.com editors gave their picks and predictions on who could swap brands.

Their picks for SmackDown LIVE Superstars going to Raw are Shinsuke Nakamura, The Riott Squad, Becky Lynch, Daniel Bryan, and The Usos.

Their picks for Raw Superstars going to SmackDown LIVE are Finn Balor, Braun Strowman, The Bar, The Miz, and Bayley.

– Celebrating birthdays on Saturday are WWE Hall of Famers Lita (43) and Pete Rose (77) — Rose is a legendary baseball player who was inducted into the “Celebrity Wing” in 2004.

Today would have also marked the 54th birthday of former WWE/WCW wrestler Brian “Crush” Adams. He passed away on August 13, 2007, due to a lethal mixture of prescription drugs. While there were “therapeutic levels” of three different drugs in his system, the mixture slowed his respiratory system enough to kill him.