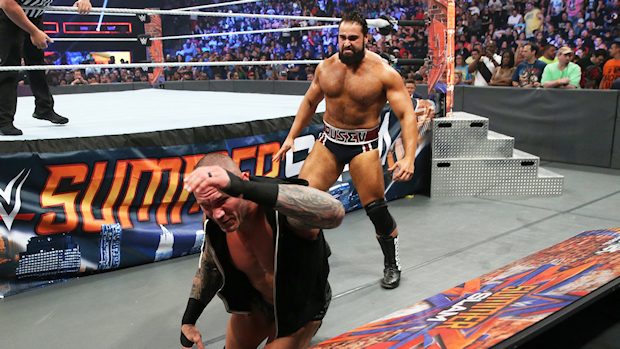 This past Sunday night at SummerSlam, Rusev lost to Randy Orton in just nine seconds. It continued Rusev’s losing pay-per-view streak, as “The Bulgarian Brute” hasn’t won a match on pay-per-view since beating Zack Ryder at WWE Battleground in July 2016.

The loss sparked a lot of rumors about Rusev’s WWE future. However, Dave Meltzer reported in the latest issue of the Wrestling Observer Newsletter that the quick loss was just a way to kick off their program. The idea is that the first match was a fluke, and Orton winning was due to him needing a victory after his recent losses on pay-per-view to Jinder Mahal and Bray Wyatt.

While WWE didn’t further the program on SmackDown LIVE this past Tuesday night, it is the plan going forward. Meltzer noted that the SummerSlam booking call wasn’t really “anti-Rusev,” but was rather “a major pro-Orton decision.”