Backstage Talk On A Lacey Evans vs. Asuka Feud - PWPIX.net

Backstage Talk On A Lacey Evans vs. Asuka Feud 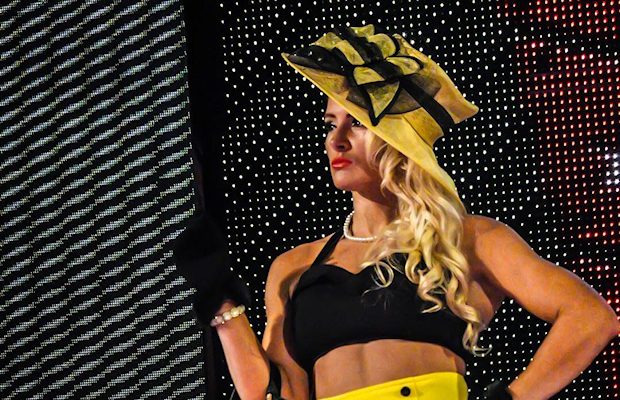 Many were left perplexed when Lacey Evans walked down the entrance ramp at Elimination Chamber on Sunday and almost immediately turned around and walked backstage.

According to Dave Meltzer on Wrestling Observer Radio, the segment was done because WWE plans to give Evans a “super big push.” Apparently, this may lead to a match against SmackDown Women’s Champion Asuka.

While recapping Raw last night, Meltzer said there has been of a feud between Evans and Asuka that would lead to a title match at WrestleMania 35.

“As far as Asuka goes, I mentioned the thing with Lacey Evans last night. There actually was of Asuka and Lacey Evans being the WrestleMania match and it was definitely on the books at one point,” Meltzer said

Following tonight’s episode of SmackDown LIVE, it definitely looks like Evans will feud with Asuka. Asuka and Mandy Rose were all set to square off, but soon after the bell rang, Evans arrived, walked down the entranceway, smirked in the face of Sonya Deville and then left. Evans’ arrival puzzled Asuka, allowing Mandy to take advantage in the early goings.

Asuka battled back, seemingly overwhelming “The Golden Goddess” with her barrage of strikes. Yet, when Mandy pretended that there was something wrong with her eye after eating a knee from the SmackDown Women’s Champion, she was able to catch Asuka off-guard. Mandy then flung Asuka neck-first into the ropes and rolled her up for the biggest victory of her career.