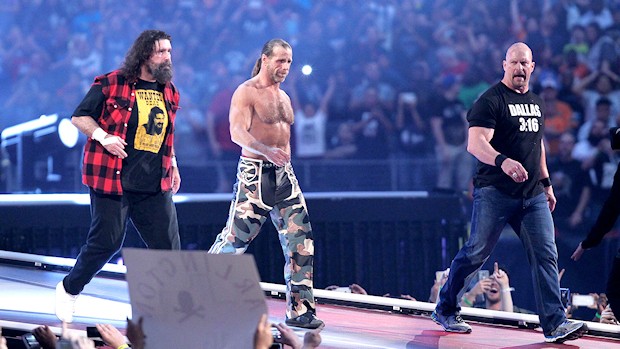 Former WWE Superstar Batista was never offered the job of guest referee in the main event of WrestleMania 32. Vince McMahon wanted him to confront The League of Nations alongside Mick Foley, Shawn Michaels and “Stone Cold” Steve Austin.

According to ProWrestlingSheet.com, Batista met with Vince McMahon at the Royal Rumble, where he was offered the role and passed.

Batista has been busy filming Guardians of the Galaxy Vol. 2 and was just announced as one of the cast members in the upcoming Blade Runner sequel.

On Friday, Dana Warrior reflected on the two-year anniversary of the death of Ultimate Warrior.

Dana said she never wrote an obituary for Warrior because “I think his spirit is too enormous to assign such arbitrary dates,” saying his legacy loves on “forever.”

Today marks two years since we lost the most intense human being I have ever known. The girls and I will quietly observe this anniversary in a way that would make him smile. I wish we could have him back but since we cannot we will make his legend larger than even the life he crammed into one lifetime.

I never wrote am obituary for Warrior. It just didn’t seem right to me. How could I bring myself to write a start and an end to his larger than life, life? I think his spirit is too enormous to assign such arbitrary dates. His legacy lives in all of us who carry forward his creed…”Live Strong, Act Bold, Be Brave, Nothing’s too Hard to Do. ALWAYS BELIEVE.”. Even the final heartbeat of a man filled with such power, passion, and ultimate belief cannot stop the running that man did. He will live on in us storytellers…FOR-EVER!!!!