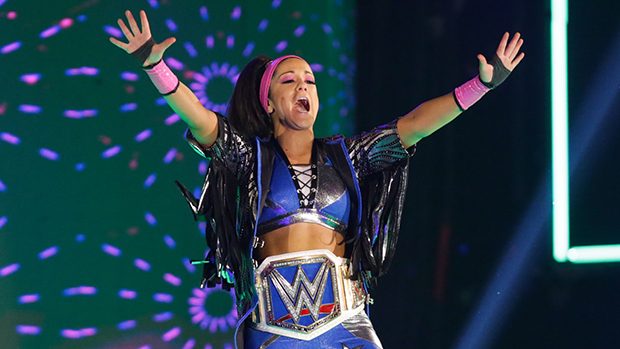 — Bayley has a list of opponents she’d like to face after successfully defending the SmackDown Women’s Championship against Alexa Bliss at WWE Stomping Grounds.

In a post-match interview with Sarah Schreiber, Bayley said she’s now focused on building her legacy after beating Bliss. When asked who she’d like to face next, Bayley responded, “SmackDown Liv … Morgan, where you at?! C’mon dude! We have a lot of history with Riott Squad, let’s see what you got by yourself.”

Bayley also said she’d like to have title matches against Ember Moon, The IIconics, Kairi Sane, Asuka and Charlotte Flair.

— The latest edition of WWE Top 10 counts down the 10 craziest locker-room clearing fights that forced WWE Superstars to stampede to the ring to attempt to quell the chaos.