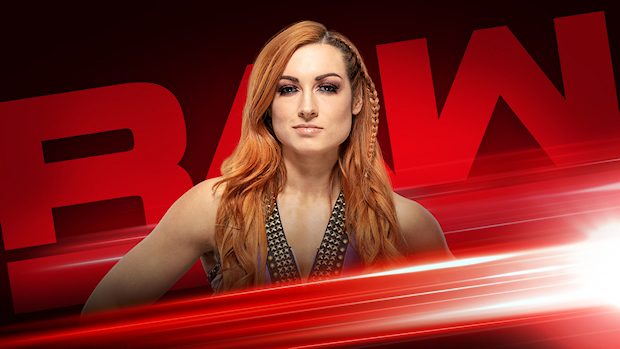 Despite being suspended last week, it looks like Becky Lynch will appear on Raw this Monday.

WWE announced today that Lynch “has been invited to Raw by the McMahon family for the second straight week.”

On Raw last Monday, Stephanie McMahon suspended Lynch indefinitely until she gets her knee evaluated (which is injured in WWE’s storyline). Lynch responded by attacking Stephanie.

Lynch appeared on SmackDown LIVE the following night as she interrupted Charlotte Flair at the start of the show. Triple H then came out and cut a promo on Lynch. He questioned if she’s really injured and said Lynch is afraid of Ronda Rousey. Lynch then slapped Triple H.

Lynch reacted to the McMahon family’s invitation in this backstage video from tonight’s WWE SmackDown live event in DeKalb, Illinois

Lynch also continued roasting Rousey as she tweeted this custom-made video making fun of how she talks.