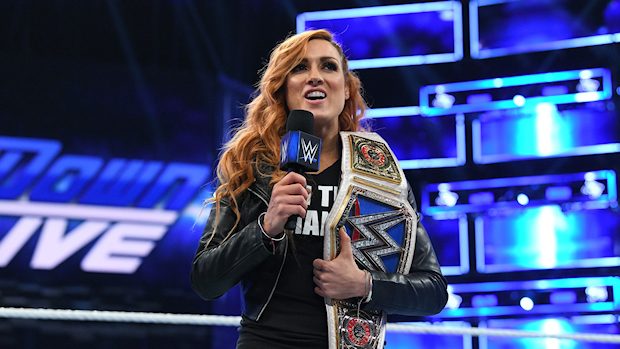 ** By now, it’s clear that no one is safe from SmackDown Women’s Champion Becky Lynch’s devastating Twitter takedowns. This includes Corey Graves, who drew the ire of “The Man” today after saying that she talks too much on social media.

Lynch fired back at Graves with the following:

Graves, who is now calling himself “The Woman” on Twitter, responded by implying that Vince McMahon doesn’t pay attention to her work.

** After losing to R-Truth and Carmella last night on WWE Mixed Match Challenge, The Miz doesn’t hesitate to blame Asuka for their exit from the round robin-style tournament.

After Miz pulled Asuka in his way so that she would take a superkick from Carmella instead of him, Asuka turned against Miz, hit him with strikes, and walked out on him. R-Truth then hit an Unprettier on Miz for the win.