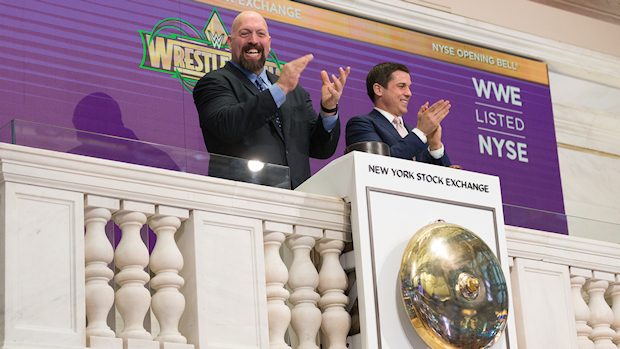 WrestleMania week is finally upon us and Big Show kicked things off by ringing the opening bell at the New York Stock Exchange (as well as revealing details on his new WWE contract).

This is how you start @WrestleMania week in a big way … ringing the opening bell at the @NYSE! pic.twitter.com/CQCt9MX4yt

The NYSE posted a video of the bell ringing session, which also features an interview with “The World’s Largest Athlete.”

During the interview, the 46-year-old revealed that he signed a new multi-year contract in January and won’t be retiring anytime soon.

Join us and @WWE as we get hyped for WrestleMania 34 which will stream live on 4.8 on WWE Network https://t.co/QHMvqEgpA5

WWE announced today that Show is among the first five entrants in the 50-Man Greatest Royal Rumble Match, which will take place at the King Abdullah Sports City Stadium in Jeddah, Saudi Arabia, on Friday, April 27, at 7 p.m. AST.

WWE also announced today that he will induct Mark Henry into the WWE Hall of Fame this Friday in New Orleans, Louisana.