More Details On Drake Maverick Wetting Himself At Survivor Series 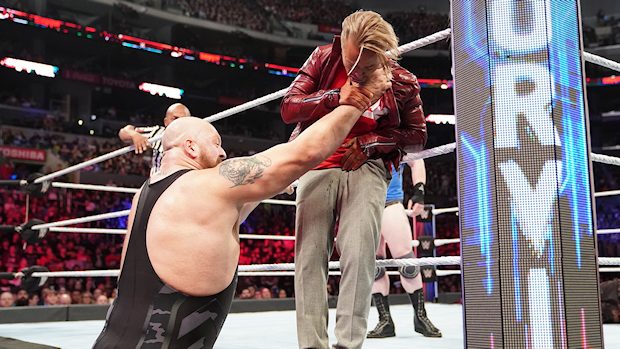 Sheamus seemingly had Rezar down after a Brogue Kick, but seeing his team in danger, Maverick leaped into action, putting Rezar’s leg on the ropes before the referee could count to three.

Cesaro chased Maverick around ringside, driving AOP’s manager into a waiting Big Show. “The World’s Largest Athlete” throttled Maverick and hoisted him onto the ring apron with ease. The fear of being at the mercy of Big Show apparently led to Maverick losing control of his body, as he wet himself in the clutches of the giant, much to the confusion of The Bar.

Maverick’s accident was apparently just the opening AOP needed, though, as they planted Sheamus in the canvas with a suplex-powerbomb combination to pick up the victory.

In the latest issue of the Wrestling Observer Newsletter, Dave Meltzer points out that Maverick had a prop in his pants that would release fake urine. Meltzer, however, heard a backstage rumor that the prop didn’t work and Maverick really had to urinate on himself.

“There was some gimmick urine deal as you could see Maverick adjust it. A version of the story, which was not confirmed, is that the gimmick didn’t work and Maverick actually had to really piss on himself to make the angle work. But originally, he wasn’t going to have to,” Meltzer wrote.

To add do this, according to WrestleTalk.com, Maverick used what is called a “fake urine pack” and he really did have to pee on himself since it didn’t work properly.