Bret Hart's Tribute To Owen Hart On The 19th Anniversary Of His Brother's Death - PWPIX.net 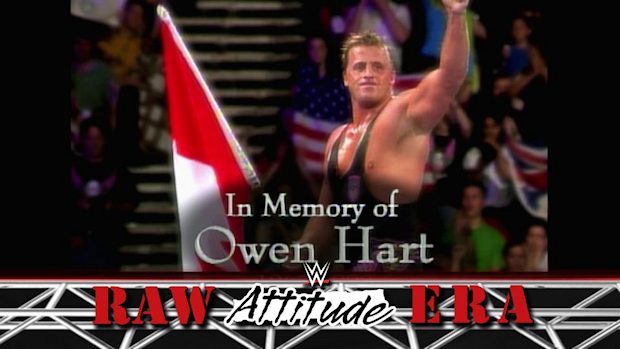 Wednesday marked 19 years since the tragic in-ring death of Owen Hart during a World Wrestling Federation pay-per-view event. On Thursday, Bret Hart took to Twitter to pay tribute to his younger brother.

“I miss you every day Owen, and I vow to keep your memory alive despite the efforts to let you fade away,” Hart tweeted.

I miss you every day Owen, and I vow to keep your memory alive despite the efforts to let you fade away.

Here are more Owen tributes from those who knew and met him.

Owen Hart will always be one of my favorite wrestlers for a variety of reasons. There was really nothing that he couldn't do. For all of his athletic and entertaining gifts, Owen was a far better person. Owen is the only person, in my entire career, that I've never heard anyone say a negative word about. And, for this business, that's unheard of. #RIPOwen

One of the all time greats Owen Hart. A terrible tragedy occurred on this date May 23, 1999. We not only lost a great wrestler but a great man. Pictured @TheTerriRunnels @Goldust @JRsBBQ top left, @MarcMero , @steveaustinBSR Owen Hart & @TripleH pic.twitter.com/ri5i1Pj5pL

Our parents never allowed us to skip classes in high school, but when they did, it was to meet Owen Hart & @RealMickFoley. #RIPOwenHart #KingOfHarts pic.twitter.com/Y2o4Yr2Da6

Taking time to remember Owen Hart who we sadly lost 19 years ago today. The years removed from this tragic event doesn't make the emotion of what happened hurt any less. Owen was a great talent but more importantly he was an amazing and dedicated family man. Owen you are missed..

On May 23, 1999, Hart fell to his death in Kansas City, Missouri during the Over the Edge pay-per-view event. Hart was in the process of being lowered via harness and grapple line into the ring from the rafters of Kemper Arena for an Intercontinental Championship Match against The Godfather. In keeping with the Blazer’s new “buffoonish superhero” character, he was to begin a dramatic entrance, being lowered to just above ring level, at which time he would act “entangled,” then release himself from the safety harness and fall flat on his face for comedic effect — this necessitated the use of a quick release mechanism. It was an elaboration on a Blue Blazer stunt done previously on the Sunday Night Heat before Survivor Series in 1998. While being lowered into the ring, Hart fell 78 feet (24 m), landing chest-first on the top rope (approximately a foot from the nearest turnbuckle), throwing him into the ring.