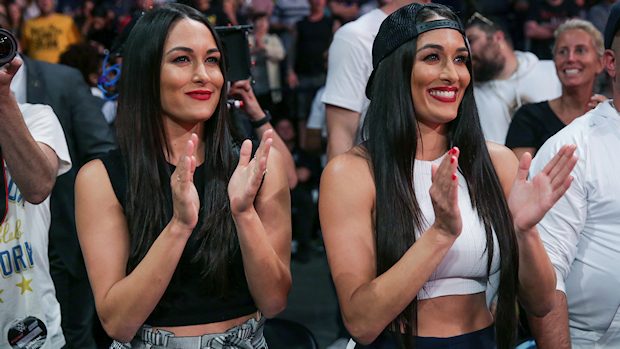 – In the latest edition of “The Bella 20-ish,” Brie Bella reveals 20 secrets about Nikki and does a spot-on impression of her.

Nikki revealed 20 secrets about Brie last week in the video below. Learn about Brie’s most annoying habit and watch Nikki do her impression of Brie.

– Another season of Total Divas is about to start airing on E! and as a result, episodes from last season are about to be uploaded to the WWE Network.

The WWE Network schedule lists all 12 episodes from Total Divas Season 7 airing in a block beginning on Saturday night, September 15 at 6 ET/3 PT. The episodes should be available on demand a day or two earlier.